The Joys of Catholicism (3) - Spirituality

My old Baptist Pastor (John) who has always been a spiritual guide to me ever since I was a child under his teaching gave me 4 books yesterday. He has continued to accept me and encourage me in the Christian faith even though I've gone to Rome. The books he gave me were his favourites of the late Fr. Henri Nouwen (Dutch Catholic priest, Harvard Lecturer, L'Arche Community Pastor, Ontario-dweller, author of the famous "The Return of the Prodigal Son" http://www.amazon.com/Return-Prodigal-Son-Story-Homecoming/dp/0385473079/ref=sr_1_1?ie=UTF8&s=books&qid=1248798612&sr=1-1)

Anyway, I've been reading his insights as well as bits and pieces of Thomas Merton, Thomas a Kempis, and St. Bernard of Clairvaux and really enjoyed their deep spirituality. Like the charismatic movement, I think christian spirituality is an area where Protestants and Catholics can come together in mutual respect and appreciation alot. 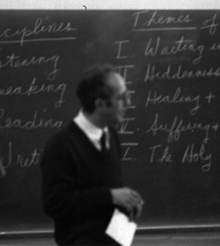 I grew up hearing Nouwen quoted from the pulpit and at bible school, only to find out he was a Roman! But I'm enjoying a book about his spiritual journey at a Trappist monastery. I also was reading his thoughts on celibacy which were very interesting (he was gay apparently, but lived chaste and celibate his whole life, and the Catholic Church denies the view that people have homosexual orientations, only that they commit the acts, so he is still clean in our books).

Monastic spirituality is something I greatly enjoy. I can't say I feel much empathy with R.C. Sproul when he attacks it in his book on the Holiness of God or when the Reformers mocked it (Zwingli broke chastity how many times?!). I have alot of the Mennonite Brethren mindset and framework that sees Christian brotherhood in the purified monastic sense that the early Anabaptists had. I still remember hearing this quote from a lecture on "The Transforming Friendship of Jesus" at Capernwray:

"If there's anything that Roman Catholics can teach Protestants, it is how to do devotions. They're experts at it. For more than a thousand years, Roman Catholics have had monks who wanted nothing more than to experience Christ" - Tony Campolo "Following Jesus Without Embarrassing God" p.65

That's probably one of my greatest joys in Catholicism. For example, I was at mass one day and I was about 20 minutes early. I sat there looking at the stained-glass windows and in my peripheral vision I caught a middle-aged man kneeling with his eyes clenched shut and his hands clasped tightly, his lips were moving silently and he was sweating in prayer. He sat there for at least 15 minutes on his knees praying. I get crabby in the 2 minutes of the Mass we have to kneel for...

As I read things about Dorothy Day, Mother Teresa, Henri Nouwen, Jean Vanier, and St. Maximilian Kolbe it gives me the same joy, and passion, to follow Jesus, to take up my cross along with these 'common saints', heroes of the people. These are the Roman Catholics that get quoted in Evangelical books. They are the ones who show ecumenism by love and exemplify that favoured quote of mine "where there cannot be a unity of faith, there can be a unity of love" - Hans Urs Von Balthusar.

Below I've just put some quotes I've found that are reminiscent of the deep spirituality I've found in the Roman Catholic Tradition.

“Our faithfulness will depend on our willingness to go where there is brokenness, loneliness, and human need. If the church has a future it is a future with the poor in whatever form.”

“Still, when we remain faithful to our discipline (praying), even if it is only ten minutes a day, we gradually come to see–by the candlelight of our prayers–that there is a space within us where God dwells and where we are invited to dwell with God. Once we come to know that inner, holy place, a place more beautiful and precious than any place we can travel to, we want to be there and be spiritually fed.”

"Acquire the habit of speaking to God as if you were alone with Him, familiarly and with confidence and love, as to the dearest and most loving of friends."

"Ask those who love Him with a sincere love, and they will tell you that they find no greater or prompter relief amid the troubles of their life than in loving conversation with their Divine Friend."

"God is displeased at the diffidence of souls who love Him sincerely and whom He Himself loves."

"Your God is ever beside you - indeed, He is even within you."

"True, He is infinite Majesty, but He is also infinite Goodness and infinite Love. There can be no greater Lord than God; neither can there be a more ardent lover than He." 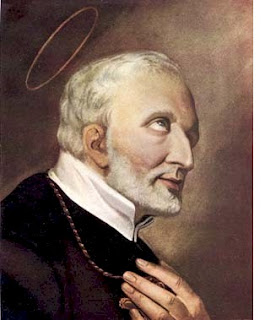 "When we have spiritual reading at meals, when we have the rosary at night, when we have study groups, forums, when we go out to distribute literature at meetings, or sell it on the street corners, Christ is there with us."

"Don't call me a saint. I don't want to be dismissed so easily." 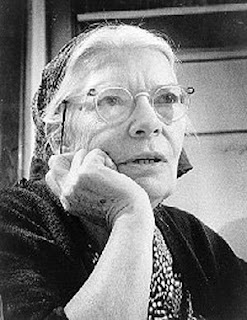