Every week I learn more and more about the utterly UN-monolithic nature of Catholic thought. I used to think that every Catholic was forced to believe the exact same thing and that each doctrine was clearly defined. While this is true in some areas, like the Eucharist (you can't budge an inch from Aquinas), there are many areas which are open to individual interpretation or at least acceptance of various different theological theories within the Church (ex. atonement models, creation v. evolution, etc). I've seen alot of very different kinds of Roman Catholics and different kinds of Churches, it's interesting to see how different the mass can be in different places now that there is more freedom post-Vatican II.

At the time of my conversion and ever since I've been reading what I call "The Polemicists" (Church Fathers, Reformation, and Counter-Reformation, and people like Chesterton or Neo-Catholic converts). But personally I feel like this kind of triumphalistic fundamentalism and scholasticism seems dry and removed from the modern world. The phrase "modern world" around most Catholics is like the phrase "works" or "merit" around most Protestants, it is horrifying, surrounded by heresy, and the opposite of everything that is good and holy.
But I and my brother in Christ Lance, who is one of my favourite people alive, have the best conversations on theology because he's studying Modern Theology (Barth, Bonhoeffer, Multmann, etc) and I am so refreshed to hear someone talking about God in language and concepts that are in any way accessible.

It's in these conversations that my thirst for more theology grows, I want to read Hans Urs Von Balthusar, Karl Rahner, Yves Congar, and Romano Guardini. People who have found an orthodox way to bring Catholic tradition into the 20th century (even though it's the 21st, 100 years is close enough). I like what Karl Rahner said in an interview I read tonight: 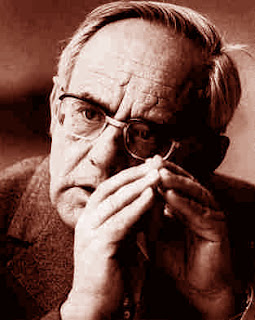 "we must be receptive to modern philosophy without considering it absurd or something to be opposed and criticized. What is needed is a trusting colloquium between traditional scholastic philosophy and modern philosophy. This is necessary if, on the one hand, we are to be of our time… On the other hand, we do not want to lose the true riches of tradition"-Rahner

One thing I liked about Protestantism was that even if we disagreed on doctrines, we at least all new that one of the keys to evangelism was describing the timeless truths of the gospel in modern language that people understand and using modern concepts that people can connect to. Catholicism after Vatican II-like American Politics after Nixon- has become increasingly polarized. Some are fans of Vatican II ("liberals") and want a progression in the direction it was heading, others want to forget about Vatican II (and the Holocaust) ("Traditionalists"). I feel like this categorization is unfair, because no matter what the Traditionalists tell you, the vast majority of both parties accept the general premise that what the Church says at the end of the day is final, to change the French Revolutionary slogan, we all believe 'vox ecclesiam est vox dei' the voice of the Church is the voice of God, so the dissidents - if we can call them that - are much fewer than in a group like the Anglican Communion. But let it be noted: I have a very limited understanding of Vatican II - I've read much of it, and heard people talk about it, but I don't stand in a place to judge it well or with certainty.
But I guess I'm no Traditionalist, I don't think there's anything holy about latin or making people feel bad about themselves. I find Traditionalism like "Cage Calvinism" (see Jared's blog: http://deadtheologians.blogspot.com/2009/03/why-evangelicals-dont-understand-or.html). Traditionalists are the John MacArthur's of Rome, constantly venerating the oldest and more inapplicable theologies and practices, greatest marian devotions, and in the end you find yourself wearing a scapular around your leg bleeding in penance, thinking that your pain makes God love you more than others, and shooting Robert Langdon as he solves the DaVinci code. It's just a mess, that's why I try to stay in what I call "moderate" Catholicism, just a general acceptance of what Vatican II taught and a desire for a living faith for the common Catholic - a sort of Roman Methodism if you will. I believe the miracles, I believe the bible, I believe in the Magesterium. But I think Jaroslav Pelikan had a beautiful maxim on this subject: 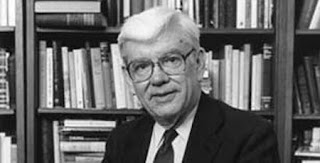 Jared (like Luther in his response to Trent) was criticizing the inaccesibility of Catholic theology (in particular Justification) and Scholastic definitions (I think he was at least). While I defended the Church, at the same time I agree with him a bit, we need a basic understanding of an essential doctrine like justification. The beauty of sola fide is that it's simple, people get it, and no matter how confused Protestantism is on some areas (millenial theology, ecclesiology, etc) it at least understands it's own view of justification. The Pope (Benedict XVI) in a post the other day, explained Catholic justification simply as 'justification by love alone'. Whether you agree with that theology or not, you have to admit that it's simple. If every Catholic in the world could answer to the question "Brother what must I do to be saved" - "love the Lord your God" (the greatest commandment) at least we'd have an agreement and a simple understandable concept.
As it is if someone asks me "What must I do to be saved" I have to respond, "Well... first of all, have faith in Christ, then get baptized, then join the Church and repent of your sins and recieve absolution for grave sin in the sacrament of reconciliation (penance), and then recieve the body and blood of our Lord, and do works of charity which manifest the work of the Holy Spirit in your life, and then repeat these steps" - That's probably the orthodox Catholic theology of salvation it's the sacramental redemption according to St. Thomas Aquinas. But if you just get someone to love Jesus and join in the life of his body (the Church and Eucharist), maybe it will work just as well? I don't know.
This is the kind of theology I like, and I have great hope I will discover more of it as I read these quotes from Rahner:

"while I detest dogmatic positivism, I am a great lover of speculative theology." That is, a theology "that seeks a simple internal principle and through it sees the unity of all dogmatic thought."-Rahner

"What Christ gives us is quite explicit if his own words are interpreted according to their Aramaic meaning. The expression 'This is my Body' means this is myself."-Rahner 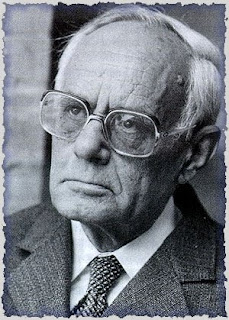 I love Rahner's view (that I read about on wikipedia - I'm not that smart, I just steal stuff from others) that we should understand God as revealing and giving himself to us through the Eucharist and through his grace -which is an extension of himself, so that we are slowly 'absorbed' (if the word is correct) into his very being. As we enter the body of Christ (Church) and receive the body of Christ (Eucharist) we are partaking and entering into the divine life which will be fully consumated in the beatific vision.
The final quote I saw (on a site with a list of his quotes - again I don't read alot of theology right now on my own, I just steal from others) that I liked was this:

"emptiness is only a disguise for an intimacy of God's, that God's silence, the eerie stillness, is filled by the Word without words, by Him who is above all names, by Him who is all in all. And his silence is telling us that He is here." - Karl Rahner

I love quotes like that so much, some people I think just think that people like me don't actually understand them, we just think they sound deep and pretend that they're very significant. But I honestly feel it's a beautiful thought, it explains God practically, sometimes he does seem far away, but maybe he is just like a friend who sits next to you in silence so long, sometimes you forget they are there.
Posted by A at 8:37 PM