I started reading Jacques Maritain's book on St. Thomas Aquinas (it's FREE online!) http://maritain.nd.edu/jmc/etext/thomas1.htm and the book starts off with a quote I thought worthy of noting on this O-so-popular blog. 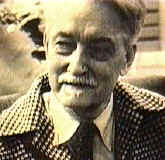 "Friar Giacomo di Viterbo, Archbishop of Naples, often said to me that he believed, in accordance with the Faith and the Holy Spirit, that our Savior had sent, as doctor of truth to illuminate the world and the universal Church, first the apostle Paul, then Augustine, and finally in these latest days Friar Thomas, whom, he believed, no one would succeed till the end of the world." (Testimony of Bartolommeo di Capua at the hearing of the case for the canonization of Saint Thomas,
August 8, 1319.)

The opening part which I am half way through is just about his life, which in some ways (very few) I can relate to. I'm always fascinated with the lives of the saints. How they triumphed where I fall and how they went on for years at a time seemingly only on the desire to glorify God. I for one would probably have 'slept' (I hate using that phrase) with the temptress rather than attacked her with the firebrand as St. Thomas did. I read on the blog of the Rector of Westminster Cathedral (Catholic) in England say that he didn't like that he was fat because to his knowledge none of the saints were, except for St. Thomas. hah, at least in that way we both fell in the same way.

I've been thinking about a religious vocation again recently. I don't think I would do it unless I could fix (by grace) some sin issues I have (here come the donatism and pelagian charges) before I feel God would "let" me be a priest or a monk, and the Evangelical parents thing seems to be an insurmountable obstacle for going to a Catholic school. But I read something in this book that I also liked on the topic:

"Later his family, severely tried after their split with the Emperor, whom Innocent IV had deposed, would in vain call him to their aid, and the Pope offer him (with permission to keep the habit of his Order) the abbacy of Monte Cassino -- later the see of Naples. He would not yield. It was at the time a question of ignoring the will of his father and mother, of braving the wrath of his own people, who were not persons of slight vigor or easily placated. As he was to write later, 'When parents are not in such want that they have a great need of the services of their children, the children can enter into religious life without the consent of their parents and even against their expressed will, because, after having passed the age of puberty, any free man has the right to dispose of himself in the choice of a state of life, above all if it is a matter of the service of God; it is better to obey the Father of spirits, in order that we may live, than the parents of our flesh.""