Final Books of the Summer: Peter Kreeft and Rowan Williams

I ordered 2 more books yesterday to be my last for the summer.

I'm still reading through Fr. Henri Nouwen which is good spiritual water for my dry soul, but I have such a long list of books I "need to read" that I have to keep going.

Book 1: Peter Kreeft's "The God Who Loves You" 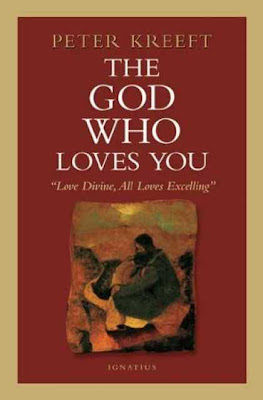 The first is Peter Kreeft's "The God Who Loves You: Love Divine All Loves Excelling". My favourite and most respected Reformed Theologian wrote this about the book:

"But Kreeft's book “The God Who Loves You” convinced me that there were good evangelical Catholics out there. But good evangelical Catholics are often bad Catholics, and Kreeft can probably be accused of such by many hardline Catholics with what Kreeft says in appreciation of Luther in that book. Kreeft is also indebted to Pascal for his worldview, and I think he has some wonderful Jansenist tendencies (which Kreeft would deny)" - Jared (http://deadtheologians.blogspot.com/2009/03/my-secret-catholic-shelf.html)

I don't know about Kreeft being a Jansenist, he does love Pascal ALOT and calls him a Catholic constantly. Jared is alot smarter than me so he is probably right, but other "hardline" (I don't know what this means as the Roman church is far from monolithic) Catholics seem to like him, Karl Keating always gives him great reviews and speaks about his orthodoxy. In any case, I've been thinking about God's love alot as it is central to Catholic theology and I love reading Kreeft (but I too probably have Jansenist tendencies in that I love Pascal and Augustine and hate Molinism and some of the Jesuit Molinists of the 18th century).

But then again as Catholicism (and Protestantism for that matter) move onward, I think they are noticing more in each other to appreciate than they have in the last 5 centuries. After all Pope Benedict XVI while not saying Luther was correct, did actually admit this year that justification is by faith alone if this faith is not opposed to love. And then clarified his position as justification by love alone. this is basically where Kreeft lives, so technically he is an orthodox Catholic.

Book 2: "A Ray Of Darkness" by Archbishop of Canterbury Rowan Williams 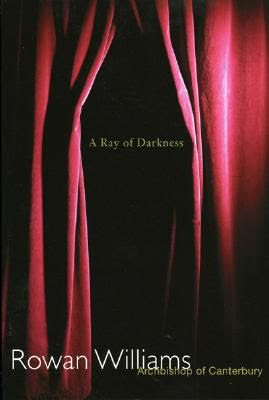 It is doubtful that my love for this man's theology, and pastoral writing will ever die. It was almost sufficient to make me Anglican. My continual love of Anglo-Catholicism and my own faith which is usually: the closest views I can hold to Anglicanism within Roman Catholic teaching, make it a predictable book choice.

This book is a compilation of his sermons. Williams is -like Nouwen- one of the most pastoral priests I've ever read. I picked up his book on the Lord's Prayer yesterday at Chapters and started skimming and his thoughts were completely in line with the Catholic nun he co-authored it with and so I figured a kindly Anglo-Catholic like Williams isn't really a danger to me (this claim could easily be contested, but I like to think of myself as an Anglo-Catholic who accepted Papal Infallibility and thus joined the (Roman) Catholic Church)
Posted by A at 7:13 AM